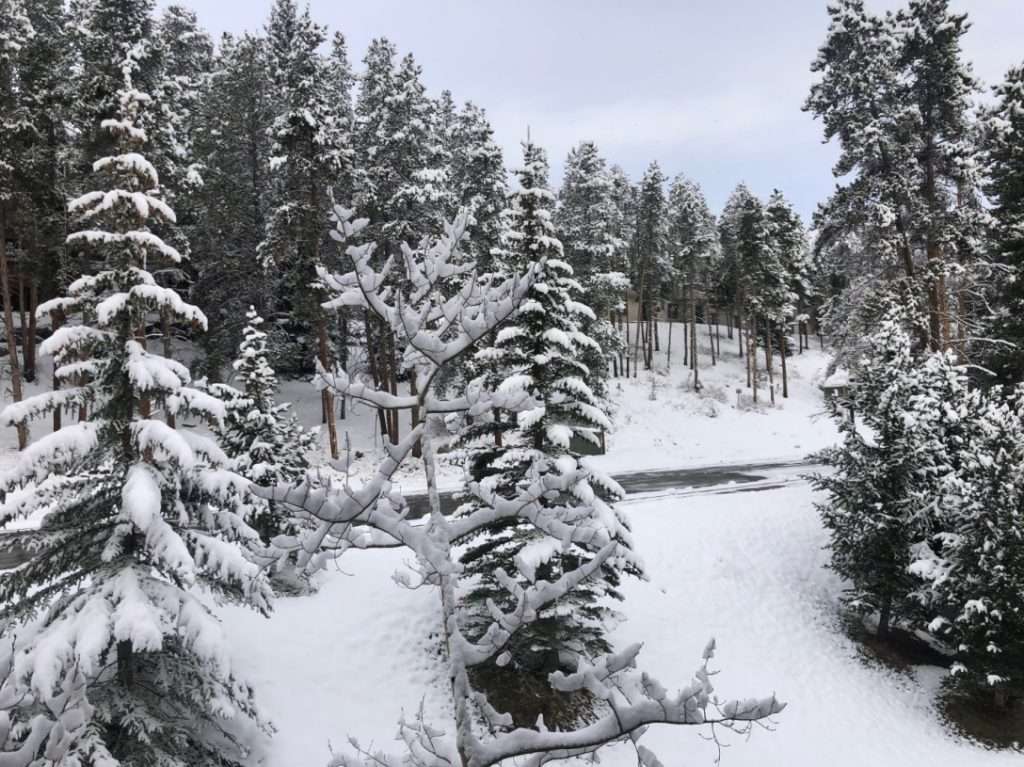 Figure 1:  May snowfall starting to melt as the day warms in Breckenridge, Colorado.

It is now the first of June here in the Pacific Northwest. I would think at least spring was here and summer was well on its way. However, I had the pleasure of spending a week in Breckenridge, Colorado, at the Valdoro Lodge a couple weeks ago, and it did not seem like spring at all. Temperatures in the twenties at night do not mean spring to me. https://www.hilton.com/en/hotels/qkbvagv-hilton-grand-vacations-club-valdoro-mountain-lodge-breckenridge/

I had a delightful time if you discount getting used to the altitude at 9600 feet above sea level. I did okay with only a mild headache, but my sister was hit hard. You have to drink a lot of water to stay hydrated at that elevation and it took us a bit to catch up after flying into Denver from our homes in southwest Washington and then driving over the pass into Breckenridge. We made it just in time to hit snowy weather instead of the sixties and seventies we expected. On the third day we were there, it snowed a foot. A foot! The end of May!

My niece and grandniece came from Denver to visit the two of us in the condo and we walked all around Breckenridge on Sunday after giving the snow a chance to melt. The shops in Breckenridge are delightful and the food delicious. There is a river running right though the town with bridges that cross it in a couple strategic locations. By then my sister was well, and I no longer had a low-grade headache so we could enjoy her daughter and granddaughter’s visit. I did have difficulty breathing when I exerted very much effort walking. I remember that happened to me the last time I was in Breckenridge as well. I am embarrassed to admit that I am not the most fit individual, and I am sure that is a large part of my problem, but it also was the altitude. Nevertheless, I managed to power on and caught my breath as needed, then hurried to catch up with my family. After all, you can’t hold back a precocious eight-year-old who loves all things outdoors. 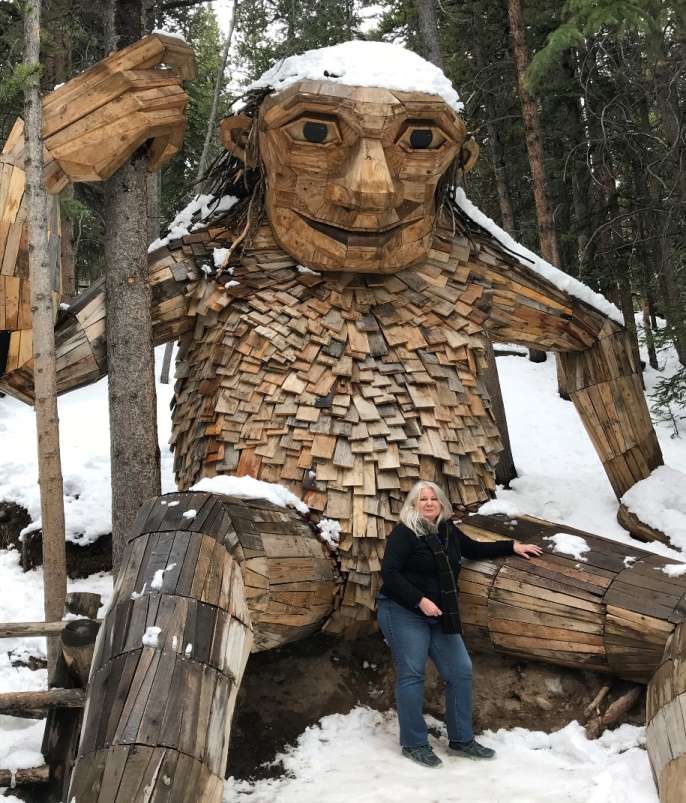 Breckenridge is lucky to be home to one of the famous Thomas Dambo troll sculptures. This handsome guy in the picture above lived in town for a while until the three thousand visitors daily became too much. He was moved out to the trailhead here where he now resides, bringing pleasure to all. https://hashtagcoloradolife.com/breckenridge-troll-trail/  The troll is named Isak Heartstone. The impressive art sculpture was so named when three local girls visited him and gave him a heart-shaped rock. The artist worked it permanently into the statue to show that this troll was Breckenridge’s very own much-loved trail troll. It is now permanently placed in this Colorado mountain town at the head of Trollstiegen Trail. 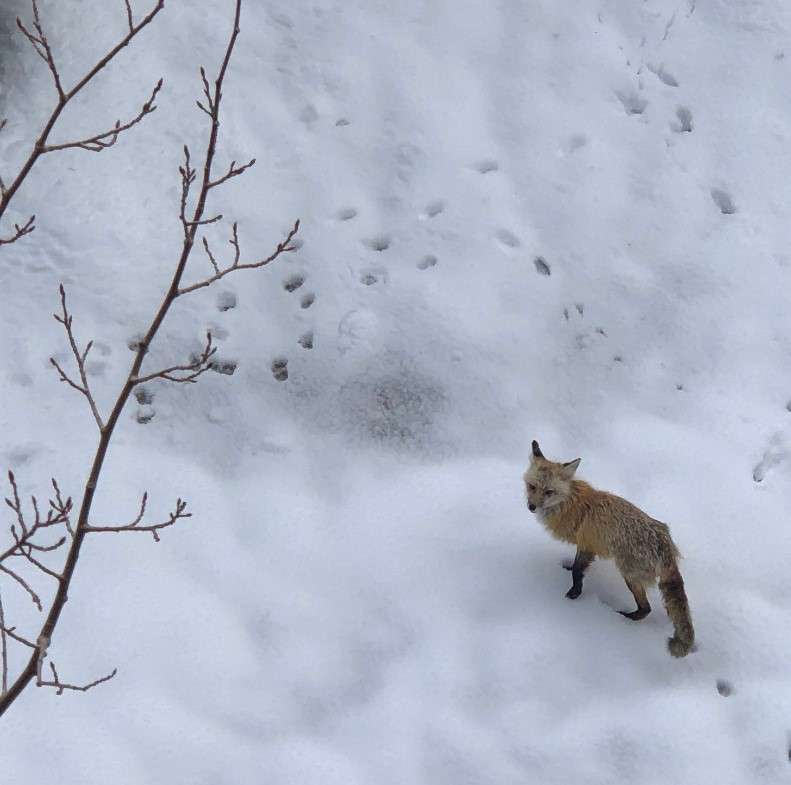 Figure 3:  Fox hanging out below our balcony at the Valdoro Lodge in Breckenridge.  No geese to be found here for his dinner.

“THE FOX WENT OUT ON A CHILLY NIGHT”

On the day before we left, a fox trotted down the road behind the lodge. I’m sure he was taking the easy way in the slush created by traffic, since there was still about six inches of snow left on the ground that was barely starting to melt. He came right over under our balcony and hung out for a while, no doubt trying to tempt us into tossing him food. I suspect many people succumb to his adorable face. But then, that is probably my overactive creative imagination going crazy. Wild animals are just that—wild—and shouldn’t be fed people food no matter how fun it might be.

The fox in Breckenridge made us think about the old folk song, “The Fox Went Out on a Chilly Night,” that our mother used to sing to us all when we were children. The song dates back to a 15th century poem that is now resident in the British Museum. https://en.wikipedia.org/wiki/The_Fox_(folk_song)  For us, it was just plain good family fun and a great addition to any road trip as we thought of fun things to pass away the time as the miles sped by. If you want to hear the song, this You Tube link has a delightful version of it. https://www.youtube.com/watch?v=tUCWwpWHJ6M

The day we left Breckenridge, we woke up to about five inches of new snow in another winter wonderland. By the time we had to check out at ten o’clock, the snow had melted on the roadways and traffic was moving smoothly.

We will be going back to Breckenridge for another writing holiday, I am sure. In the meantime, I will be working on my fitness level so that I am not huffing and puffing like I did this time.

Maybe summer really is on the way now in Colorado and this week was just a last defiant wintery blast.